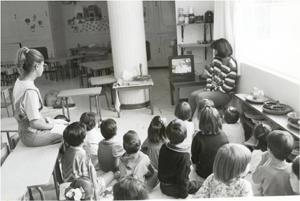 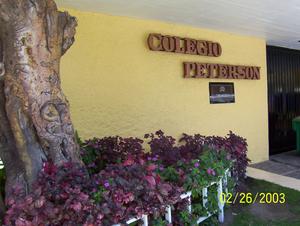 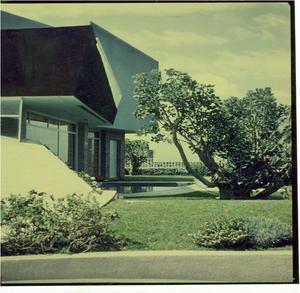 The first steps of Pedregal Campus

As we all may know, the first Peterson Schools campus opened its doors in November 1965 in Montes Himalayas 615 as a Montessori pre-school with just 20 students. In January, 1966, they started with another group of students and had a waiting list already. The success was so remarkable that the Peterson family opened another pre-school in Echegaray and Tecamachalco as well as an elementary school, and the groups were full so they had to move the elementary school to another building in Periferico. Due to the heavy traffic in our city, they had to change it to Prado Norte and then to Palo Alto.


In 1970, a group of parents that lived in the southern part of the city were tired of the traffic they had to endure driving to and from Lomas. Therefore, they talked with the Peterson family to convince them to get another campus in the south. At the beginning, Dr Peterson was too busy to start looking for a new building so he wasn’t too excited about this proposal.  Besides, they needed at least 60 students to start a new campus. Next thing we know, this group of parents returned with the news that they had gathered 3 groups of 20 students and that they also had a place to rent in San Angel. And so they made it happen, two years later the Peterson Schools had waiting lists again and moved to a house in Alta Vista until 1974 when the Peterson family bought a permanent home in Rocio 142.


The school was included in the SEP (Ministry of Education) and officially named “Calmecac del Pedregal”. If you studied at this campus you know the story of the name: “Calmecac” means “an Aztec school that prepared the sons of nobles in the duties of priests and chiefs.”

During the first year, there were already 50 students in pre-school and 25 in primary school.


Nowadays, after 47 years and 41 classes, Pedregal campus is a much-loved school where the majority of the alumni look forward to the class reunion to check how the school has changed and to see their favorite teachers again. We have had class reunions where alumni from the class of 1974 converge with alumni from the class of 2018 and it’s amazing how the eldest teachers and their little kids remember stories from back then.SA